We go somewhere exotic! The Algarve! 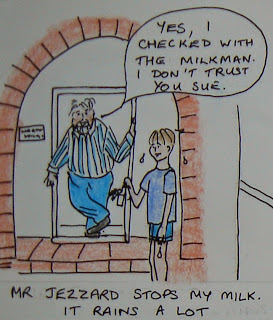 Holidays always begin with the mundane.  This one was no different.  It rained and I ran about doing the usual last minute chores - spring cleaning the house so we didn't come home and wish we were back on holiday because it was cleaner, delivering keys to various people so they could feed the cat or water the garden and stopping the milk, that sort of thing.

I remember this moment so well!  My trainers were full of water, I had 101 other things to do and when I delivered the keys to my next door neighbour he knew I was going on holiday already - not sure how - and he had stopped our milk delivery for the duration of our holiday.  "These young housekeepers" he probably thought, "they never remember the little things, it would be a kindness to stop her milk for her".  Well I took it as a kindness, but I must admit to being at a bit of a loss for words.  It didn't matter because Mr Jezzard never was.

The Jezzards had a lovely garden with a very old apple tree from when the area was a market garden in the 1920s.  He was a keen gardener and used to give us surplus plants as the garden when we moved in was just grass and rubble.  His wife gave me a lily of the valley and I now have a large and spreading colony.  Very fragrant.  Anyway the milk.  Milkmen are a dying breed now.  I give it another few years and I reckon there won't be any left.  When we moved here in 1996 there was a choice between three who would deliver milk (and orange juice) to the door each day.  Now there is one, and very few people use him, even though he delivers all sorts of other things besides milk - even growbags,  but it will all stop soon. No longer will the policeman in the detective thriller be able to say "the milk has not been taken in for 3 days,  so the victim  has been dead since Sunday".   Sad.  Supermarkets have taken over.

The whole family went on this holiday, Mum, Dad, Carol (my sister) and the five of us.  We hired a large rickety van to get around in and a huge house with a swimming pool (!)

The children were beside themselves with excitement.  We didn't let on we were going until the last few days to prevent the endless questions  - "How many more big sleeps until we go?" " Will there be seaside?"  "Are we really going on an aeroplane?" 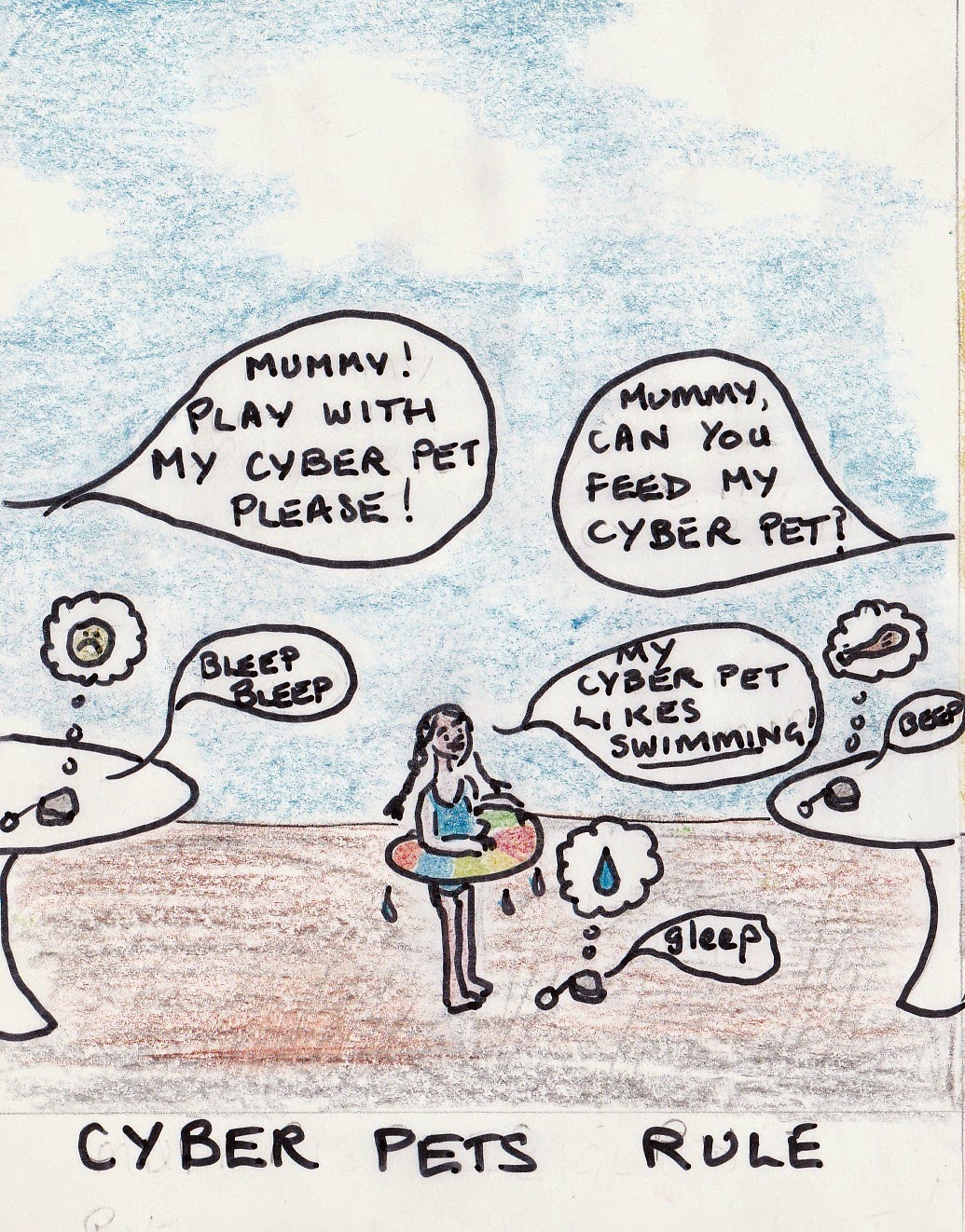 We did go on an aeroplane which was very exciting.  To give the children a portable and lightweight amusement, we bought them each a Tamagotchi - a sort of hand held digital pet - very new and exciting at the time.  They loved them, although the amount of Tamagotchi babysitting we did as parents was a bit of a disappointing side effect.

Clara had not quite grasped the complexities of electronics and water. She probably actually believed her pet was alive...

The novelty wore off when the children found the swimming pool and neglect had its natural consequence with pets.  George was terribly upset when his pet died but you can re-set these things and it soon passed.

Clara was desperate to be independent although she was only 3 and loved to do everything the boys did.  I let her go swimming by herself, but Aunty Carol surreptitiously floated close by and I pretended not to be looking, from two feet away.   We kept the pool door locked tight unless we were outside using it. Even so I was very nervous which was something I didn't want to communicate to the children and put them off swimming.  Jim has never been able to swim, and I was determined to train up some watersport company for myself on later holidays.  It worked!  They are all avid swimmers and surfers which is great when we go to Cornwall!


Posted by Strawberrysoo at 10:58 No comments: